Borrowed this from guru3d. 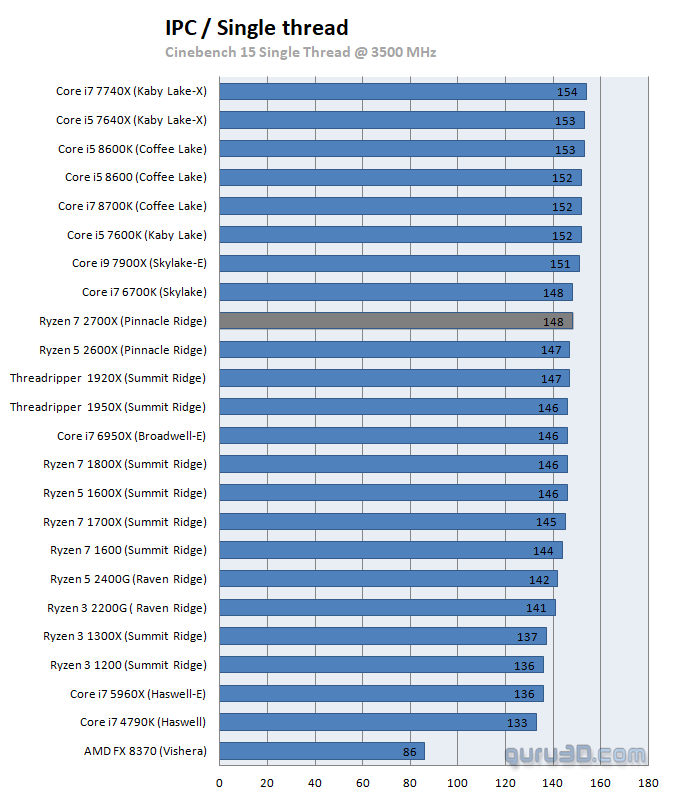 I'm the director of VSH (Vlad's Spec Holden), because HSV were doing it ass about.
Top

psyolent wrote:depends on your requirements i suppose.
do agree, not in a place to upgrade as its not just CPU, its ram, CPU and board.
from a gaming perspective most of the workload is offloaded to the GPU so theres merit in seeing whether a new you beaut GTX1080 or something from the AMD camp is viable? my son is beating me over the head wanting an i7 and > 16GB of RAM, when i show him the workload stats of his games (albeit he is running an R9 290) he quiets down, OK he can't run games in full mode with no AA and all that bullshit but for what he needs its good gear, and only an i5 (i think its an 1155 series)
my main PC is an old HP these days. its got dual xeons and 16GB of ram, xw6600 running OSX 10.10.5, with 250GB SSD. graphics are pretty underrated but my requirement is HL2 and it does that just fine. i do have a GTX750 to chuck in it which will wake it up from a GPU perspective but i have to re-hackintosh it which is a royal PITA - it was hard enough to get where it is now.

CPU wise ; they have peaked ; most enterprise grade apps i see these days need IOPS or memory and not cycles. if i wanted cycles i'd lease cloud TBH and use spot, but thats a different discussion altogether.

The games currently dont run the graphics cards that hard. I myself are running a GTX750 with a i7 3770K for my desktop/gaming machine due to a customer misfortune and my ending up with a warranty claim which ended up allowing to build a pretty stout machine a number of years ago. I did look at upgrading and choose to wait for the next gen (the current one) but for what I use it for I doubt it is financially worthwhile. Realistically may main gotos are unreal tournament, iracing, and a couple of steam stuff. Runs 32Gb ram, has vm workstation on it, 2x2TB, 2x 3Tb disks plus 2x280gb SSD, has a quad boot, MAC 10.12. something (highseirra), windows 10, windows 7 and arch linux. There is a play partition there too with a virus containment (do alot of discovery stuff to clean and remove them, hence need something that is fast and isolated to do testing on.)

My server runs a quad xeon with 128Gb ram and 14Tb disk array. I am spoilt here as this was a decommission warranty job whihc the tech diagnosed incorrectly. The supplier wanted me to bin it so i did

The laptop is just a simple DELL with 16GB and 250SSD, no games pure coding and work support.

I would really love to redo my desktop but with the amount of stuff on it and the way i have set the system up I am not sure i really want to go down this path. It is just money I can spend into my racecar. Besides even with my povo gaming pc I can do some damage on fortnite LOL hahahaha.

The next Bedford/barra vid is up
Top

Great to have them back in QLD!!

Does anyone know anything about this? first I have heard of this.

I am assuming it's the Cadillac ATS-V.R GT3 engine from the states?

I'm the director of VSH (Vlad's Spec Holden), because HSV were doing it ass about.
Top

That's old news and the build program was put on hold last year I believe. Murph drove it around Bathurst last year as a demo too.
Top

Yeah, that was in a wagon too iirc
According to chemistry, alcohol is a solution...
Top

So it must be this engine.

http://gmauthority.com/blog/gm/gm-engines/lf4r/
I'm the director of VSH (Vlad's Spec Holden), because HSV were doing it ass about.
Top

Users browsing this forum: No registered users and 9 guests